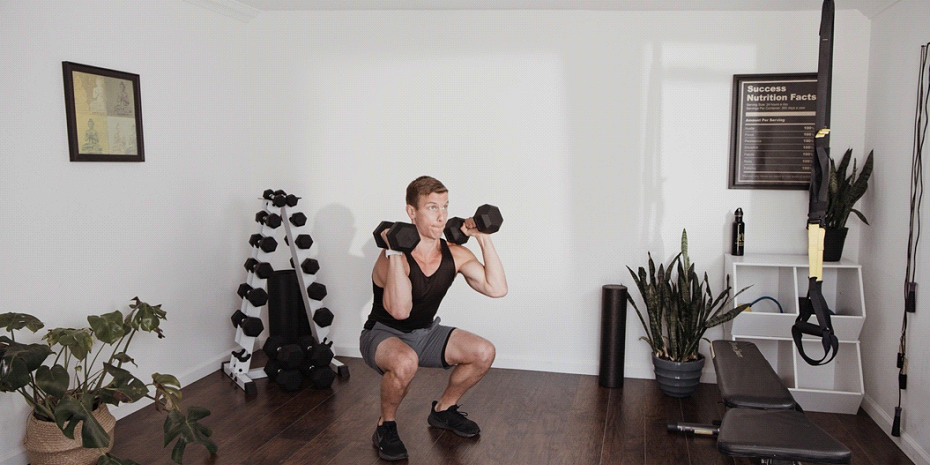 What Is German Volume Training and Is it for You?

German Volume Training (GVT) has been popularized among people who wish to increase the strength and size of their muscles. As a Los Angeles health coach, I frequently recommend GVT for my experienced weightlifting clients. It can be daunting and requires a great deal of work, so let’s take a look at what it is and whether it might be right for you.

What Is German Volume Training and Is it for You?

The late Charles R. Poliquin, the much-admired strength coach, was a GVT expert who believed the technique originated in Germany during the mid-1970s. People also call GVT the ’10 sets method’ because of its structure. Originally, weightlifters used it during the off-season to help increase muscle mass.

Basically, GVT means completing 10 sets of 10 repetitions on a single exercise for a single muscle group. This phenomenal load of 100 repetitions gives a shock to the system, and the body reacts by putting on muscle quickly. It’s possible for lifters to experience a 10 lb. muscle mass increase in just 6 weeks of practicing German Volume Training!

GVT’s goal is for you to use the same weight to complete all 100 reps. To decide how much weight is good for you to begin with, test a weight that takes you to failure in around 20 reps. For the average person, this represents 60% of their one rep max (1RM). For instance, if your 1RM for deadlifting is 190kg (approximately 400 lbs.), you would use a weight of 114kg (approximately 250 lbs.) for German Volume Training.

How Effective is German Volume Training?

People have been practicing GVT for over 50 years, so I’d say it stands the test of time. Many weightlifters, bodybuilders and powerlifters favor this training method to pack on muscle and find it immensely effective.

You may feel that the weight is too light during the first set or two and question whether the method is effective. But don’t forget that you’re going to give this weight a total of 100 reps, so you’ll soon start feeling the fatigue. Be sure to remain strict with your rest intervals – no longer than 60 seconds. You may feel tempted to increase the rest when the going gets tough in the last few sets, but don’t give in to your impulses!

To ensure GVT is effective, it’s crucial to be performing the correct exercises. The best exercises to use for GVT are compound exercises like the deadlift, squat, and bench press, as these employ the maximum amount of muscle. Don’t use GVT for triceps kickbacks or leg extensions. If you want to work out the smaller muscle groups, supplement with regular training.

How GVT Saves You Time

GVT is a time saver because you’re keeping the reps/time under tension short (15-30 seconds) and rest short (30 seconds to a minute), so working a muscle group to failure and creating a pronounced pump and performing 100 reps at 60-75% of your 1 rep max, (a benefit in and of itself!) only takes 15 minutes.
For example, I just did 10 sets of 10 reps of Dumbbell overhead shoulder presses at 40, then 30lbs (each hand) and it took me 14:55.

I’ll do a 5×10 biceps curl at 30 then 25lbs (7min)
And a 5×10 dumbbell reverse FLYE at 12 then 8lbs (7min)
And a 5×10 reverse crunch (5 min).
That’s a solid bodybuilding workout with minimal equipment while the baby is taking a nap and I can’t make it to the gym. Maybe it’s not a wholly GVT workout, but it’s in there and the medium weight, short rest programming is kept across the board.

The Benefits of German Volume Training

There’s no end to the benefits of German Volume Training, which is a tried and true method of bulking up. Your body is forced to react due to the sheer number of repetitions and the amount of workload, hence you’re almost guaranteed to put on muscle following the GVT method. GVT is not for newbies, however, and should be done by experienced lifters. Also, you should also use this training method for eight weeks or less because of the strain it puts on the body. Many lifters have found that a six-week training period one or two times per year is optimal.

GVT increases muscle and will make you stronger and bigger. If you want to cut, choose a different training program.

Personal health coach LA clients ask me whether German Volume Training can burn fat. Keep in mind, this exercise is for muscle gain and physique enhancement, NOT FAT LOSS.
Go run wind sprints for that.